The Moon is connected with our instincts and emotions, and therefore they are colored by the sign in which the Moon is positioned in the chart.

Aquarius is associated with uniqueness, inventiveness, and emotional detachment, and this is what Moon in Aquarius people usually radiate.

Most of all, they give the impression of someone, who is quite extraordinary. The type of ‘uniqueness’ of a Moon in Aquarius person will greatly depend on their Sun sign, but indeed, they have an unusual sparkle in their eyes.

Moon in Aquarius people do feel quite unconventional, and this is because their life is usually quite different from the lives of others. They also don’t like others telling them what to do. They are quite rebellious and have a very distinct individuality.

Moon in Aquarius people are extremely sociable and they are usually liked by others. Ideals, dreams, and friendships are some of the things they value the most. 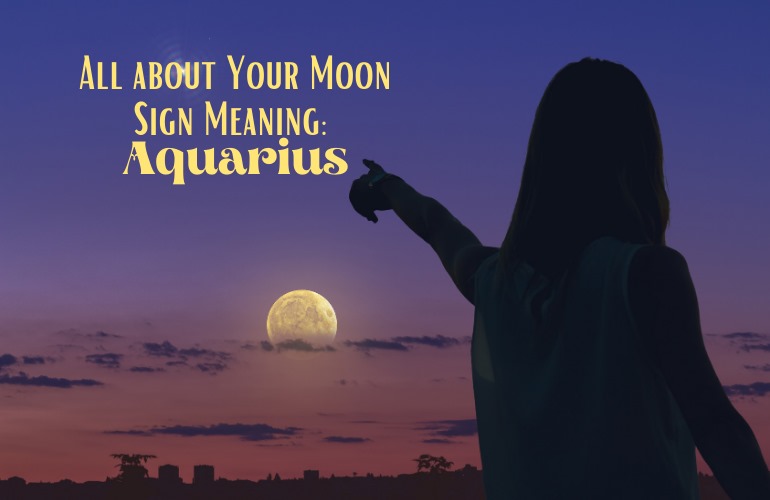 If you were born with an Aquarius Moon, you come with the past life experience of someone, who has roamed the world or participated in large endeavors with big groups of people. You were most likely strongly attached to a cause or a movement, which you were passionately pursuing together with others.

As a child, you may have developed a lot faster than the others, and possibly demonstrated interests, unusual for your age – computers, science fiction, inventions, and possibly even astrology. You may have also had an unusual sense of social justice and orientation from a very young age.

You also come with the predisposition of many changes and separations  – maybe your family had to move often, you were changing schools, or later in life – partnerships. You may also carry the mark of such experiences from past lifetimes, including the possibility that you may have lived with one parent only or were adopted. 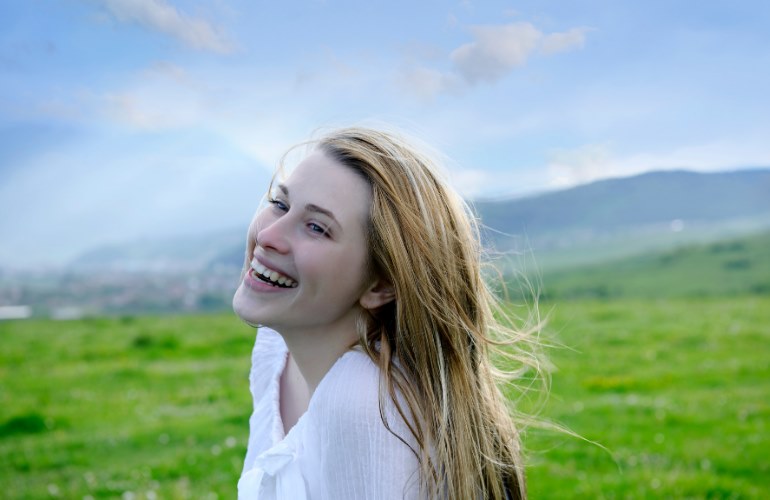 Because Aquarius is an extremely detached sign, the initial reaction of those born with the Moon in Aquarius is to withdraw at a distance.

The emotional reactions of this sign are also greatly reduced. That’s why Moon in Aquarius people are usually characterized by a relatively cold, distant and non-emotional presence. For one reason or another, they want to look distant and mysterious. This is their instinctive defensive reaction.

At the same time, however, the power of their sexual magnetism has not been undermined. Still, they seem to radiate coldness. Being in their company, we can feel as if they are covered with a thin layer of ice. Only after we have communicated with them for some time, this outer ice cover gradually begins to melt, and only then do the qualities of the Sun sign and the Ascendant begin to become clearer.

Although at first glance those born with the Moon in Aquarius seem completely uninterested in anything, it’s just an outer mask. There are a lot of emotions boiling inside them, but they remain hidden. It is interesting to note that they have a strong romantic attitude towards love and their intimate partners.

The problem mainly lies in their external attitude, which is very misleading. If we judge them purely superficially, we would get the false impression that they are devoid of emotions, feelings, and largely sexual attraction. A closer look, however, shows that this is not the case at all.

Although they seem outwardly distant, cold, and unemotional, if their friends get into trouble, their first reaction would be to come to the rescue. 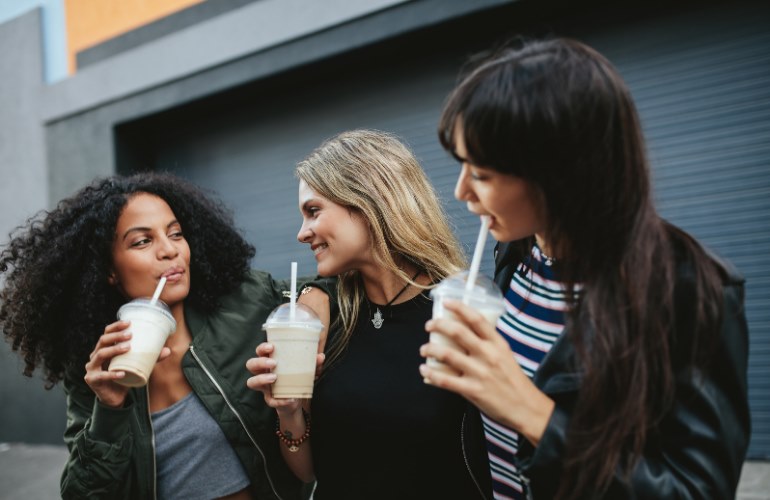 They would immediately see the best way to solve the problem. Moon in Aquarius people have a friendly and humanitarian orientation, but at the same time like to keep a certain distance.

For them, friends can be much more important than relatives.

The unpredictability and originality of Aquarius is especially evident when faced with the need to react spontaneously without having time to think. Such unforeseen moments can occur in any emergency situation. Then they can act in a way that is radically different from their usual behavior.

The biggest challenges Moon in Aquarius need to overcome 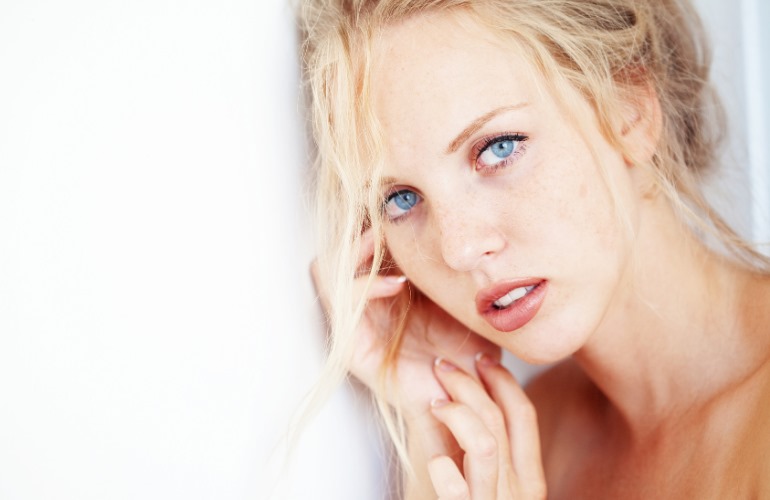 Moon in Aquarius people can have a very tense and easily disturbed nervous system. In order to deal with that, they most of all need freedom, and a space to express their uniqueness.

This is actually one of their greatest fears – Moon in Aquarius people cannot imagine being restricted in one way or another. They fear anything and everything that can restrict their social life and contacts.

Since Aquarius is a sign of revolution, sudden changes, and nervous impulses, the magnetic Moon, which is also associated with home and family life, feels not too much at ease there.

People with a Moon in Aquarius need to get used to the fact that their life can be identified by a lot of unexpected, shocking events that happen out of the blue. Even if these events are caused by themselves!

An example for this is a very close friend of mine with a Moon in Aquarius, who was in a long-term relationship with a very decent guy, who loved and respected her. He is a very stable and reliable Taurus, and they were already planning to buy a house and have kids together. One month they were looking for spots and houses, and I was already getting used to the idea she will soon get pregnant, and the next month she informs me that she is moving out! Imagine the shock and surprise I was in! Turns out, she started feeling too restricted and this type of life seemed too boring for her. She wanted her rich social life back!

This is the perfect example of how a Moon in Aquarius acts. Her other aspects would never make you guess she has an Aquarius Moon, because she has a very fiery and warm nature, but in moments like these, the Moon in Aquarius traits really surface! 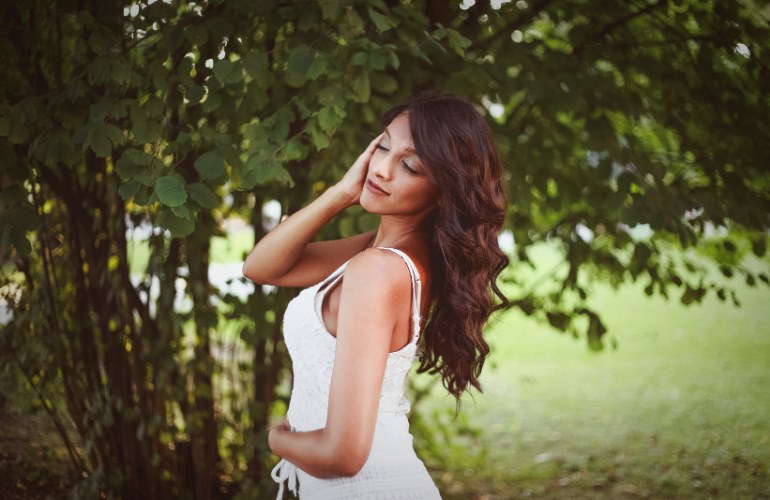 They are characterized by originality, and sometimes even a certain genius.

Moon in Aquarius people just want to get others out of their lethargy and make them think in a new, different way.

From time to time Moon in Aquarius people may get sudden flashes of ingenious ideas. The location of the other planets will show whether they are able to embody these ideas in a real, concrete, practical plan and actions. Aquarius is ruled by Uranus. This planet is very important to those born with Moon in Aquarius, and  it is extremely important to explore its placement in the natal chart by aspects and house. 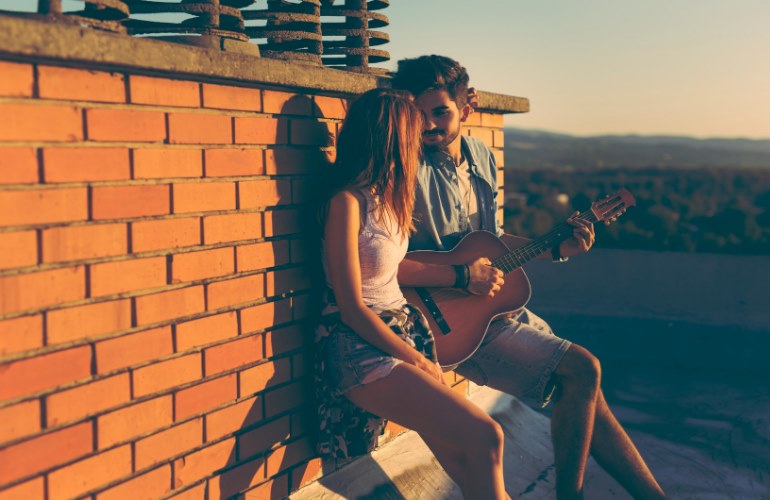 As we mentioned earlier, Moon in Aquarius people strongly value their freedom and this is something their partners need to know from the beginning.

Moon in Aquarius people are usually led by and ideal, and the perfect situation would be when their partner shares this ideal. They should also be aware that friendships and groups in which Moon in Aquarius people participate can become more important to them than partnerships and family life (which will not be the case with very strong earth and water placements, of course).

For a partnership with a Moon in Aquarius person to work, you must definitely get along with their friends. Otherwise this will become a culprit in the relationship sooner or later.

Moon in Aquarius people, on the other hand, need to be very tolerant towards their partners, who may not always understand the peculiarities in their personality. A lot of open communication, dialogue, and sharing is needed in order to avoid outbursts and misunderstandings.

The Moon in Aquarius can match well with others with a strong air influence in their chart (not necessarily their Moon sign).

There are a number of factors to be considered for compatibility, and compatibility by Moon signs only is not enough. 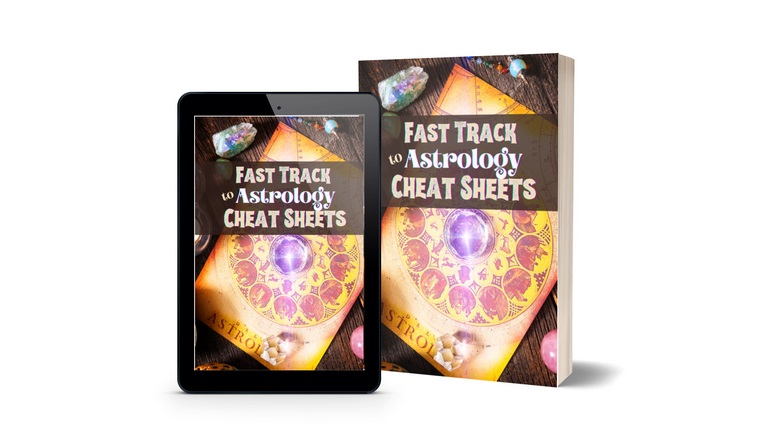 Do you want to easily and effortlessly remember the main traits of each zodiac sign? Download The Fast Track to Astrology Cheatsheets, which include the most exhaustive list of keywords, describing each and every zodiac sign, planet and house. For just $9.99 you have a beginner astrology course in a box!

I'm an evolutionary astrologer, focused on love, relationships and compatibility, helping you live your BEST life! Learn how to use the astrological forces at your advantage and manifest your dreams and desires with ease!

Moon in the 8th House: The Battle Between The Lightworker and The Dark Knight!

Moon in the 4th House – An Invisible String Connects Your Astral Body To Your Home, But That’s Not All!

Moon in the 1st House: Your Magnetism is Sensational and Your Imagination Can Heal, But Here’s Your Achilles Heel

Moon in the 11th House: Meaning, Strengths, Challenges And Remedies!

MORE FROM: Astrology for Beginners 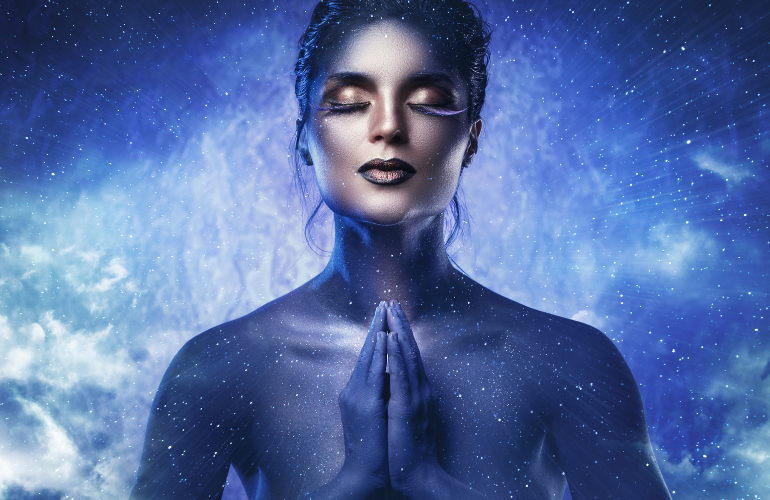 Saturn in Pisces 2023 Astrology Remedies: From Hopeless To Happy 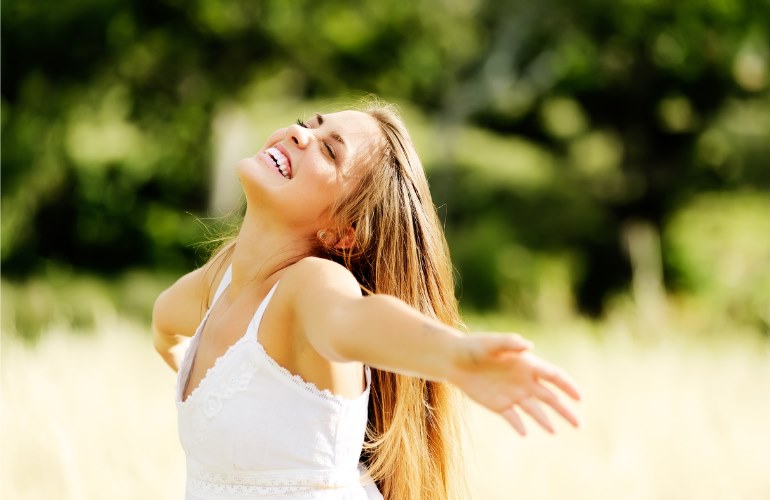 Sun in 1st House – Shining Bright With Your Own Light! 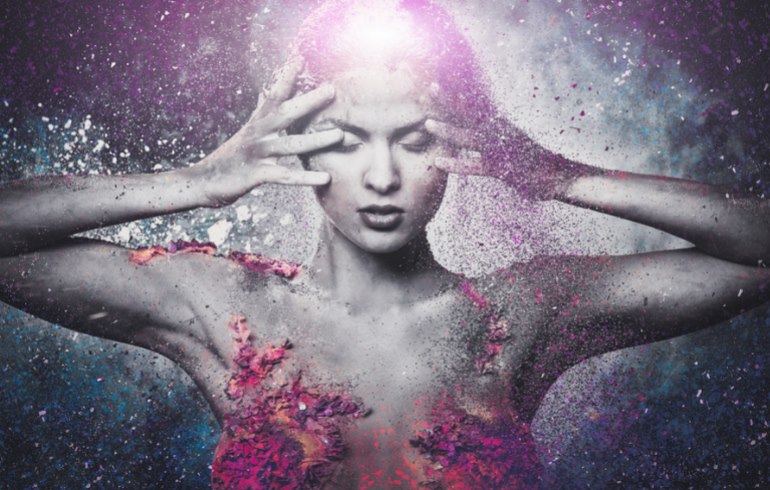 Sun in Pisces – What Others Won’t Tell You About Your Pisces Zodiac Sign (Significance, Characteristics, Personality) 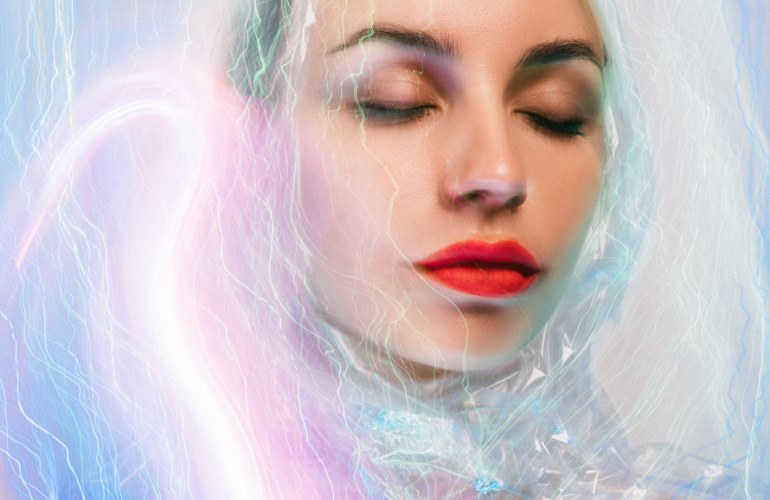 Sun in Aquarius – What Others Won’t Tell You About Your Aquarius Zodiac Sign (Significance, Characteristics, Personality) 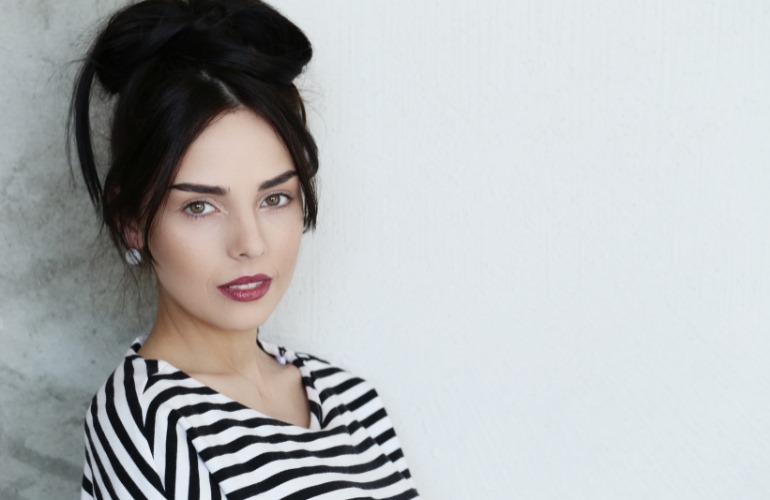 Sun in Capricorn – What Others Won’t Tell You About Your Capricorn Zodiac Sign (Significance, Characteristics, Personality) 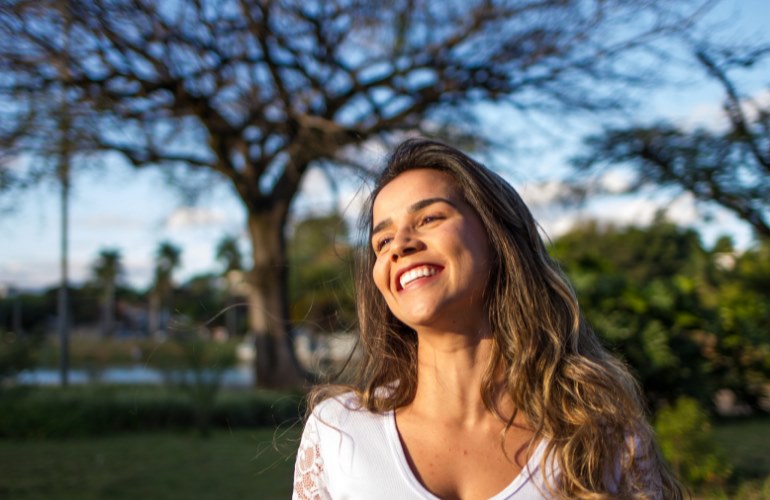 Sun in Sagittarius – What Others Won’t Tell You About Your Sagittarius Zodiac Sign (Significance, Characteristics, Personality)